Dozens of contributors, including the L.A. Times editor in chief, combine forces in the cloud

Thanks to a wave of contributions from journalists, developers and volunteers around the world, the fifth California Code Rush is over less than 48 hours after it began. 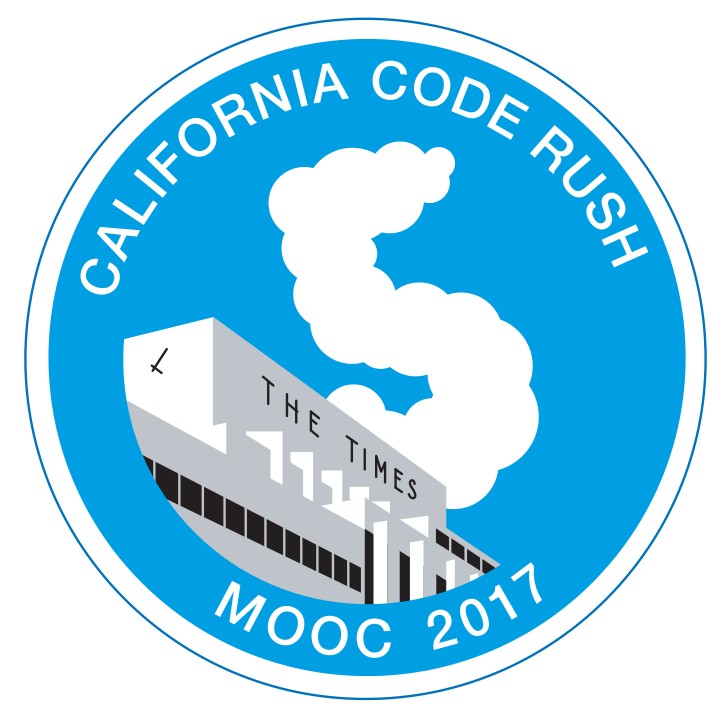 On Wednesday, the Coalition issued an open call to join our open-source quest to conquer CAL-ACCESS, the state of California’s jumbled, dirty and difficult database tracking money in politics.

This was the first code rush conducted entirely online. The response was instant and overwhelming.

We asked for help identifying the political affiliation of nearly 900 candidates logged by the state without a party. In less than two days, we received more than 70 pull requests that filled in all of the blanks.

Contributions sailed in from volunteers around the globe, ranging from Mark Beveridge in Bristol to Soomi Lee in Los Angeles. Journalists working at The Washington Post, The Texas Tribune, The Center for Public Integrity, ProPublica and Vox helped the cause.

Even Los Angeles Times Publisher and Editor-in-Chief Davan Maharaj got in on the act.

Today we also released a significant upgrade to the Coalition’s open-source library django-postgres-copy. It’s an add-on to the Django web framework that speeds up the loading of large amounts of data. The improvements arrived in an impressive pull request from Ryan Murphy of the Texas Tribune, who is using the Coalition’s tool for his own data project.

The Coalition still has a lot of work ahead as we prepare a new wave of data products aiming to make CAL-ACCESS easier to analyze. It’s a tough job, but if we stick together I’m confident we can finish it, one patch at a time.